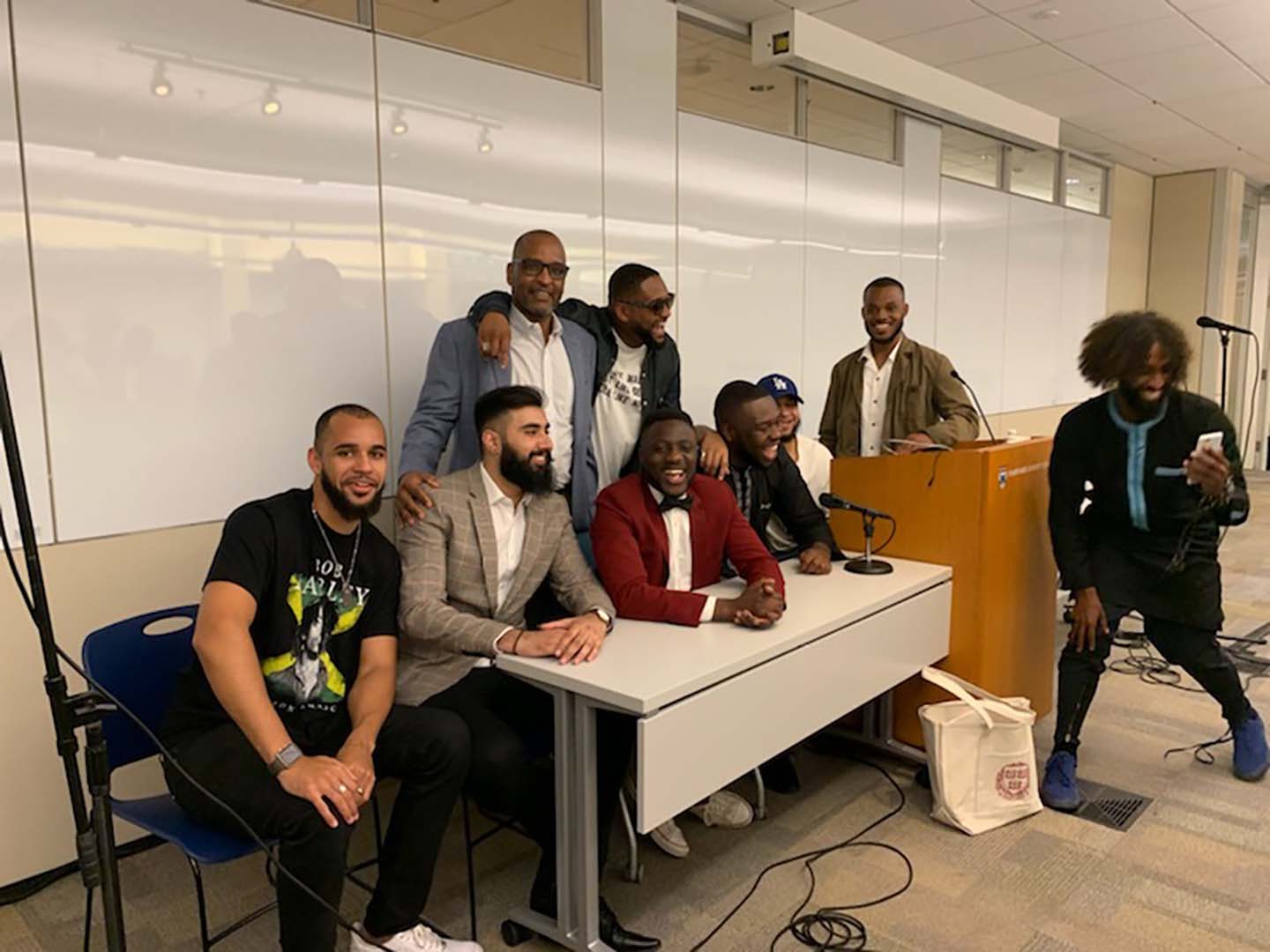 The September 2019  “Africa, Globalization, and the Muslim Worlds” conference co-sponsored by ISITA and Harvard Divinity School featured Baraka Boys, a UK-based network of young Muslim artists and public intellectuals with spiritual linkages to West African Islamic scholars. Members include Kahlid Siddiq, whose music videos regularly get more than three million views online. In addition to performing at the conference, Siddiq and several fellow Baraka Boys shared their personal stories as western Muslims who revived their religious identities through engagement with Africa. Their contributions—whether in discussion or performance—enriched the conference at multiple levels. The scholars in attendance could not help swaying to the Boys’ instrumentalized UK-Jamaican rendition of a 13th-century North African poem, for instance; those same scholars later pressed the Boys about the gender specificity of their name. Boys Mustafa Briggs and Mohamed Yahya joined the discussion, affirming the accessibility of academic research on Islamic Africa. Discussion leader Zachary Wright (Northwestern University in Qatar) framed the conversation as an invocation of “Afropolitan Islam,” citing Simon Gikandi’s reading of Achille Mbembe’s concept of Afropolitanism: “To be Afropolitan is to be connected to knowable African communities, nations, and traditions; but it is also to live a life divided across cultures, languages, and states. It is to embrace and celebrate a state of cultural hybridity—to be of Africa and other worlds at the same time.”

This story also appeared in Program of African Studies News and Events, Spring 2020, Vol. 30, no. 3.