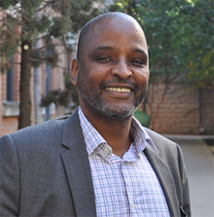 Zekeria Ahmed Salem (, Lyon) is the director of ISITA and associate professor of political science at Northwestern. His research engages critical debates about religion and politics, especially interconnections between state and religious authority, identity politics, Islamic knowledge and political power in contemporary African societies. Prior to joining Northwestern, he taught political science and African studies for nearly two decades at the University of Nouakchott, Mauritania.

In other publications, Salem has examined Islamic preachers in urban settings, elections in Senegal and Mauritania, lawyers and politics, and Mauritania as a “frontier state.” He has contributed numerous chapters to edited collections and published articles in the Journal of North African Studies, Politique Africaine, Cahiers d’études , Canadian Journal of African Studies, Nomadic Peoples, Annuaire de l’Afrique du Nord, and L’Ouest Saharien.

Salem’s current major research project investigates how Bilad Shinqīṭ (today the Islamic Republic of Mauritania) has become in a little over a century a label of excellence in Islamic knowledge and normative authority with an astonishing global reach. Set in the longue durée (19th-21th century), the project examines the outsized influence of Mauritanian Islamic scholars (‘ulama), religious texts, and institutions of learning as an entry point towards examining the relationship between knowledge and power in global Islam. Drawing on previously underexplored sources as well as on new original data, the project uses archival research, ethnography, observant participation, and cultural analysis to reconstruct how Mauritanian tradition, scholars and institutions of Islamic learning gradually gained an outsized global currency as major sources/bearers of normativity and scholarship. In so doing, it shows how patterns of constitution and dissemination of traditional scholarly knowledge and religious authority in the Muslim world have been and continue to be negotiated or reconfigured in ways that allow for non-central Islamic cultures to play key roles in the making of transnational Islam.

Others research projects cover new Sufism, public debates over blasphemy, and the role of Muslim public intellectuals in African societies. 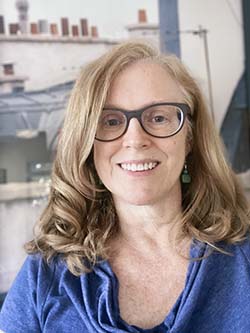 Rebecca Shereikis (, Northwestern) is ISITA’s associate director. She is a historian of West Africa with interests in colonial legal institutions, African Muslim responses to colonialism and Islamic law in African contexts. She has conducted research in Mali and Senegal on how inhabitants of western Mali navigated the legal terrain established by the French colonial state in the early twentieth century. She has published in the Journal of African History and the Encyclopedia of Women and Islamic Cultures.

For ISITA, she works with the director on programming, grant writing, visitors, communications and the Institute's web presence. 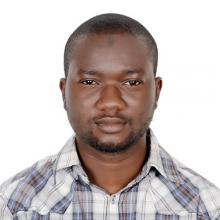 Abdulbasit Kassim is a Ph.D. candidate in Religion at Rice University. His research focuses on the intellectual history of Islam in Africa,  Islamic political thought, African and African diaspora religions, Islam and race in America, gender and sexuality in Muslim societies, and religion in international relations. He earned  an MA in politics and international relations at  Keele University (2013), and a BSc in international studies at Ahmadu Bello University, Zaria (2011). His first book, The Boko Haram Reader: From Nigerian Preachers to the Islamic State (Hurst and Oxford University Press, 2018) coedited with Michael Nwankpa, offers an unprecedented collection of primary source texts, audiovisuals and nashīds (martial hymns)—translated into English from Hausa, Arabic and Kanuri—tracing the history and evolution of the Boko Haram movement. Kassim has published articles in the Journal of Politics, Religion, and Ideology and Current Trends in Islamist Ideology. During this residency, Kassim will continue to use the Herskovits Library’s collection of Arabic/Ajami manuscripts and other sources to conduct research for his dissertation, “Old Reformers, New Dissidents: The Intellectual History of Islamic Reform, Dissidence and Rebellion in Hausaland and Borno (late 18th c. to early 21st c.).”

Kassim is in residence at  Northwestern during the 2020-21 academic year. 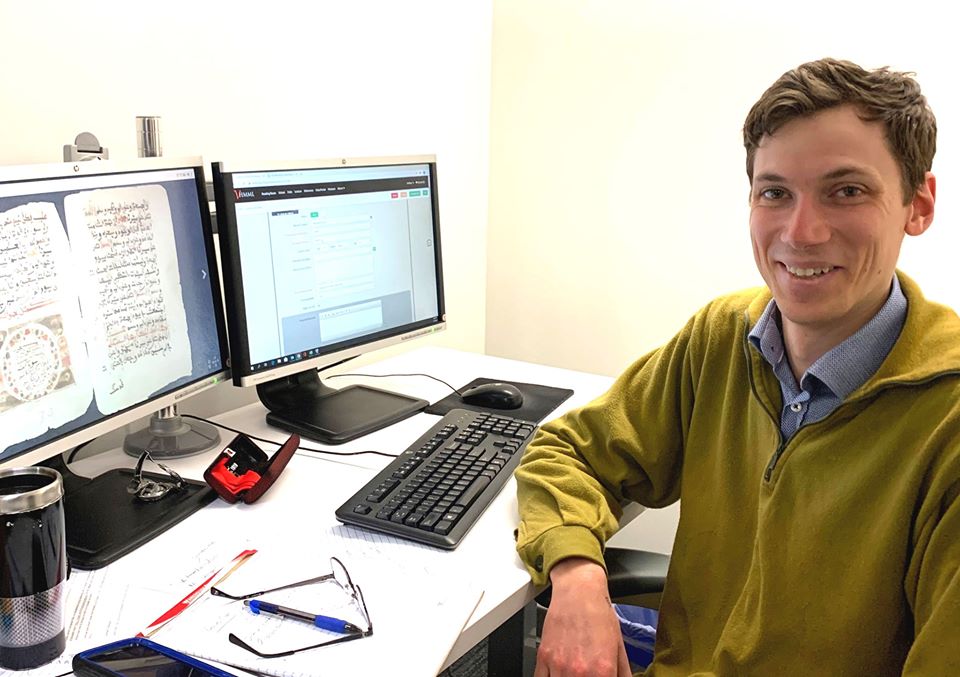 Paul Naylor is West African Manuscripts Cataloger at the Hill Museum and Manuscript Library, Collegeville, Minnesota, where he catalogs digitized manuscripts from Bamako and Timbuktu, Mali. He received his BA in Arabic from the School of Oriental and African Studies and his PhD (2018) from the University of Birmingham in African Studies. While completing his PhD, Naylor took part in a collaborative doctoral partnership between the University of Birmingham and the British Library, combining his own research with cataloging and curatorial work on the British Library’s West African manuscripts and the 2016 exhibit “West Africa: Word, Symbol, Song.” Naylor has taught courses on Islamic history and Islam in Africa at Tulane University and Loyola University, Chicago.  As an ISITA visiting scholar, Naylor will transform his dissertation into a book, provisionally titled “From Rebels to Rulers: Writing Legitimacy in the Sokoto State 1803-1837.”